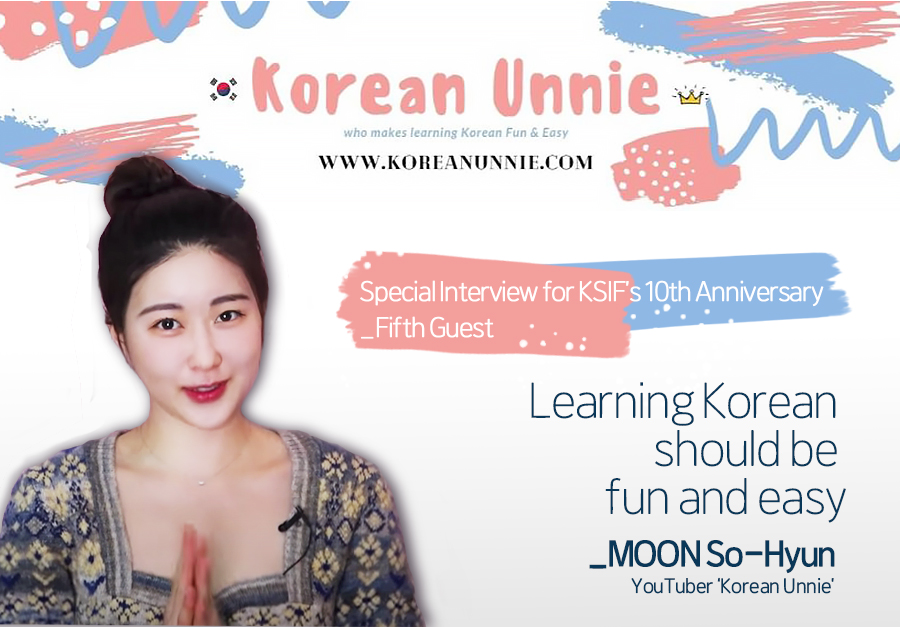 How did you initially become interested in teaching Korean to foreigners? Supposedly, you majored in a foreign language, have a TOEIC score of 990, and an HSK Level 6 in Chinese, and yet you started out as a Korean-teaching YouTuber. Please tell us about how you began that YouTube journey.

The first time I ever thought about teaching Korean to foreigners was when I went to college in the United States. I had graduated from a foreign language high school, and I really liked and still like learning different languages. I wanted my friends from around the world to have fun when they learned Korean, without having to think it was something they had to study. I wanted to teach them Korean in a fun, easy, and casual way. When I started YouTube, I wasn’t too familiar with the idea of sharing personal stories and making a profit. But that was what made YouTube special, and the fact that I was able to brand myself seemed fascinating.

Many of your subscribers must be either learning Korean or interested in Korean culture. You are probably one of the YouTubers with the most ethnically diverse group of subscribers. Has there been a change with regard to subscriber reactions or distribution with the rising popularity of K-Wave?

Ever since the beginning of my YouTube journey, most of my subscribers have always been non-Koreans because my channel is an English-speaking one targeting a global audience. In the beginning, K-pop wasn’t the number one reason why my subscribers wanted to learn Korean, but now, the tremendous worldwide popularity of K-pop has become one of the biggest reasons. But even still, many of my subscribers chose to learn Korean not just because of K-pop or the K-wave, but because they are genuinely interested in Korea and its beautiful language. 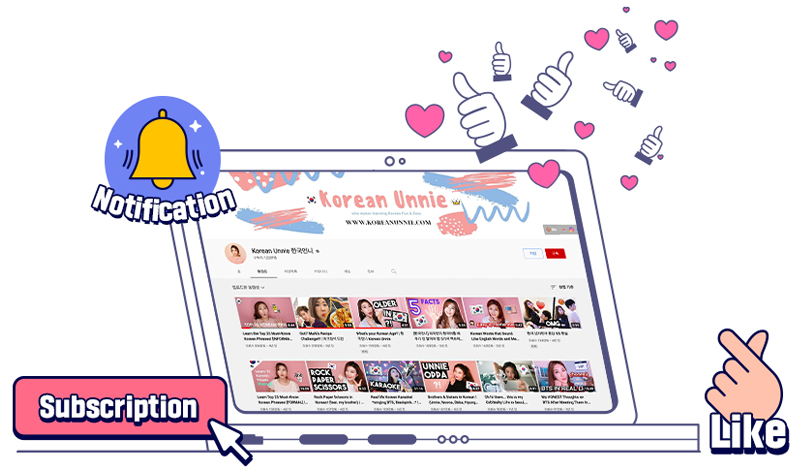 So, what type of content do you think is the most appealing to foreigners who are looking to learn Korean? Could you name some videos that have been more popular?

Ever since the number of subscribers exponentially grew, the range of their Korean proficiency also widened, so it’s become difficult to say one particular type of content is preferred over others. But, content that is generally more popular is beginner’s Korean content, including videos like ‘25 Must-Know Korean Phrases,’ which now has more than 5 million views. ‘Rock, Scissors, Paper in Korean,’ ‘Cooking Ramen at a Convenience Store in Korea,’ and the ‘Daily Vlog of a Seoulite’ also attracted a lot of viewers.

You are a YouTuber, but at the same time, a Korean tutor. Are there things that you try to be careful about as someone who teaches a language, as a teacher? Could you tell us what they are and how you deal with them?

I think my channel is more than a personal channel. I think it somewhat serves the role of an official outlet that represents Korea. Also, many of my subscribers are kids or teenagers, whose sets of values have yet to fully develop, and many also watch my videos as a family. This is why I don’t usually put commercial ads on my videos. I rarely choose to advertise or publicize things or ideas whose values don’t align with mine or those that require me to unnecessarily encourage my subscribers to spend their money. So, most of the collaborations or ads that I take part in are either for public events that represent Korea or for cultural promotions that are part of national projects. 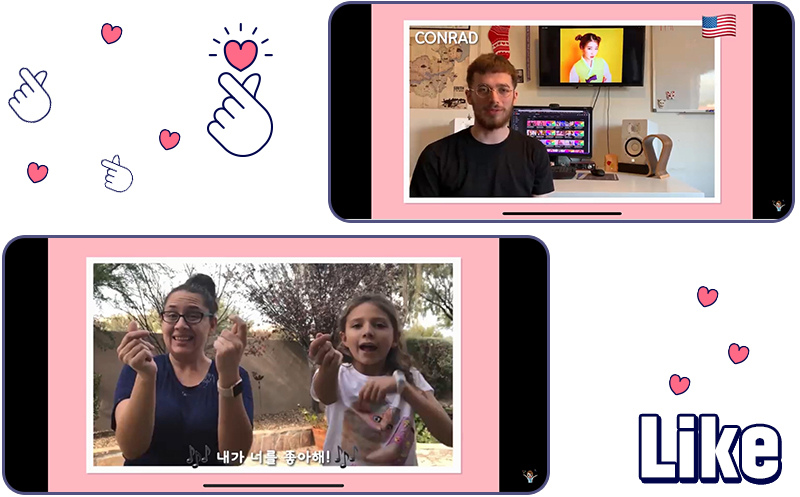 You also appear on radio and TV, and we heard that you are working on a collaboration with HYBE EDU. Could you share with us how the different media vary, and if you see any areas for improvement in terms of teaching Korean in this era of diversified education media?

As for Arirang Radio, ‘Hello Korean’ on KBS World, and content created in collaboration with HYBE EDU or NHN, the content is prepared by the writers and producers of each organization. I don’t have the time to prepare the content outside of my own YouTube channel and work (haha). Every medium is unique, and I decide to take on a project only when I think its content is in line with my own and when I see a potential for a synergy.

Personally, I believe that ‘language is all about connection, not perfection.’ The English education in Korea has been focused on assessing language proficiency in terms of how correct or incorrect you are with grammar and instilling a sense of fear about being wrong, which aren’t something I pursue as an instructor. As they say, language isn’t something you ‘learn.’ Rather, it’s something you ‘acquire.’ I believe language should be acquired as one has fun, just as how a baby babbles, makes mistakes, and picks up the cultural, atmospheric, logical nuances in the process to eventually acquire the mother tongue. So, I think it’s very important that we make the process fun and easy.

You participated as an instructor at the KSI Jiphyeonjeon Class in 2020. What was it like to participate in an offline KSI event? What do you think makes the KSI Korean language class special?

I think KSI plays an important and meaningful role as an official Korean learning institute with a global presence. I don’t usually get a chance to meet Korean learners face to face because most of my content is shared online, so I was very grateful to be given the memorable experience to interact with Korean learners offline, thanks to KSI. Some of KSI’s students also participated in one of the programs I am hosting at KBS World through zoom, so I was very glad to see them. 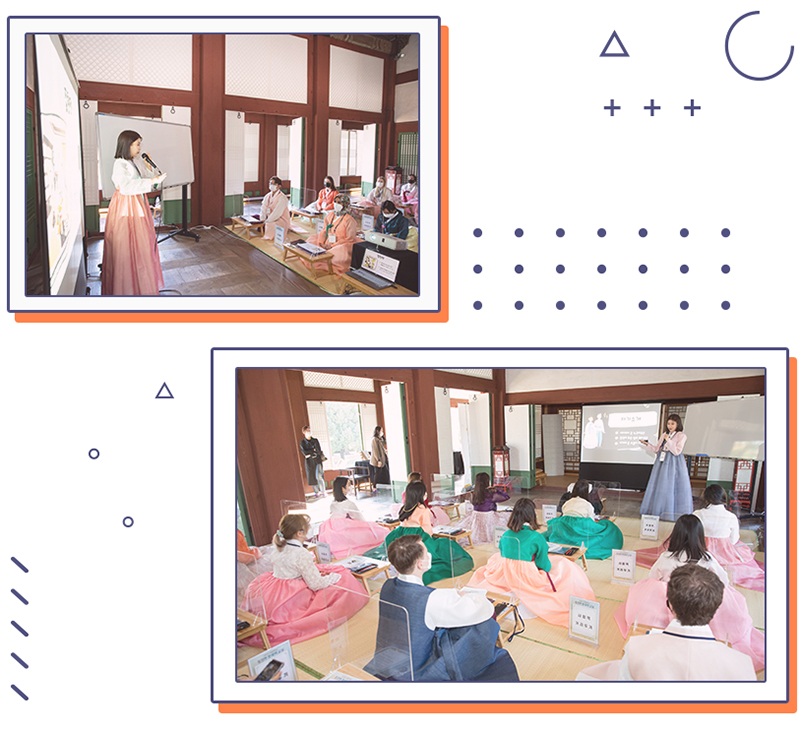 Congratulations on your 10th anniversary, KSIF. I also know of many subscribers who have learned and are quite fluent in Korean thanks to KSI’s Korean language program. I believe we owe all of that to everyone who is working so hard to teach Korean at all of KSI’s global locations. When it comes to instructors who teach Korean abroad, I can’t imagine the amount of insights they must have gained from teaching students face to face and experiencing the cultural differences in person. I wish to send my sincerest words of encouragement to those of you who are always making such big efforts, and I promise I will continue my share in spreading the Korean language and the beauty of Korea so that more people get to know. 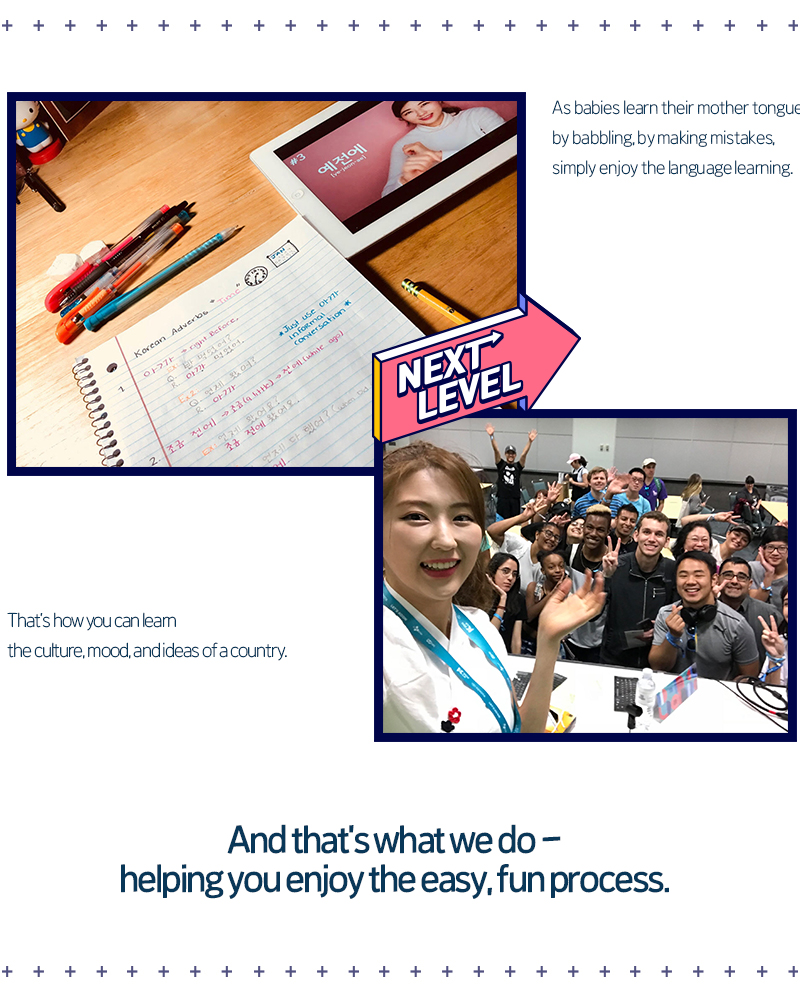